Foods that Cause Hypothyroidism

Is your diet working against your thyroid gland? Find out which foods interfere with healthy thyroid function and how to minimize your risk.

In the developed world, where protein is plentiful and many countries add iodine to salt and processed foods, we don’t typically need to worry about protein malnutrition or iodine deficiency. However, the rest of the world is not so lucky. More than 2 billion people around the world suffer from hypothyroidism due to iodine deficiency. 2 billion! We are told that the reason for this planetary epidemic is that iodine comes from the ocean, and that the soil of inland areas has had most of its iodine washed away over time by erosion:

“A teaspoon of iodine is all a person requires in a lifetime, but because iodine cannot be stored for long periods by the body, tiny amounts are needed regularly. In areas of endemic iodine deficiency, where soil and therefore crops and grazing animals do not provide sufficient dietary iodine to the populace, food fortification and supplementation have proven highly successful and sustainable interventions.” [Brahmbhatt 2001].

But the iodine erosion explanation does not make sense to me, and here’s why.

Iodine is an essential ingredient in thyroid hormone, and thyroid hormone is critical to the growth and development of the bodies and brains of all baby vertebrates (animals with backbones). Since they need iodine just as much as we do, and they do not have access to artificially iodized salt, how do they get their iodine? Do they have a secret stash somewhere that they’re not sharing with us? I assume they are getting enough iodine because if they weren’t, they would all be born brain-damaged runts, and many would be infertile if they survived to adulthood. To the best of my knowledge, wild inland animals are not herds of sterile, stupefied miniatures roaming the landscape in search of iodine . . .

We are told that humans need an average of about 150 micrograms of iodine per day. Below is the iodine content of some familiar foods [in micrograms]:

When you look at this list, it is easy to imagine how it might be difficult to obtain 150 micrograms per day of iodine, depending on what you eat. This is why we are told we should use iodized salt, which contains 142 micrograms of added iodide per ½ teaspoon:

“More than 70 countries, including the United States and Canada, have salt iodization programs. As a result, approximately 70% of households worldwide use iodized salt, ranging from almost 90% of households in North and South America to less than 50% in Europe and the Eastern Mediterranean regions. In the United States, salt manufacturers have been adding iodine to table salt since the 1920s, although it is still a voluntary program."

I suspect that there is actually enough iodine in the environment to go around, and that we actually need less than 150 micrograms per day of iodine. From the above list, you can see that animal foods are much richer in iodine than plant foods—so how do herbivores (animals which eat a plant-based diet, such as rabbits and deer) get enough iodine? I suspect that there is something about the human diet which interferes with our ability to absorb, utilize, and/or retain iodine, and that this is why we appear to be iodine-deficient compared to other animals. So, what might the possible culprits be? Hmmm . . .

When in doubt, blame plants. Yes, plant foods, once again, are the usual suspects (to read more about why plants are untrustworthy when it comes to human health, see my vegetables page). Many plant foods contain naturally-occurring chemicals which disrupt normal thyroid function.

The main job of the thyroid gland is to combine the salt iodine with the amino acid tyrosine to make thyroid hormone. Whenever the thyroid gland has a hard time making enough thyroid hormone, it becomes stressed and grows bigger to try to do its job better, forming a “goiter” (enlarged thyroid). Substances that interfere with normal thyroid function are called “goitrogens” because they have the potential to cause goiter.

Goitrin is the most powerful plant goitrogen. Unlike most other goitrogens, this chemical can cause goiter even if there is plenty of iodine in the diet. Goitrin weakens the activity of the enzyme thyroid peroxidase, which is required to insert iodine into thyroid hormone. 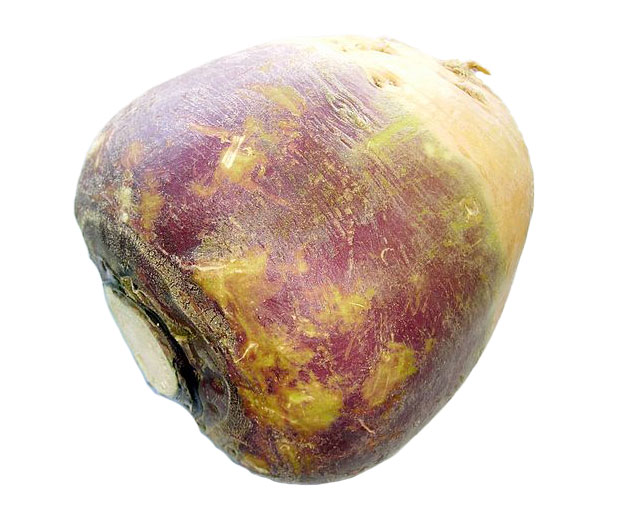 Thiocyanates are sulfur-containing compounds found in a variety of popular vegetables.

Thiocyanates make it harder for the thyroid gland to absorb iodine because they compete with iodine for entry into the gland. This effect can be minimized by supplementing the diet with iodine; the excess iodine can then crowd out the thiocyanate and win the competition.

Thiocyanates also weaken the activity of the enzyme thyroid peroxidase, required to insert iodine into thyroid hormone. This effect can be greatly reduced by iodine supplementation.

The foods listed above do not contain any thiocyanate when they are in their living, intact state, because thiocyanates do not form until the plant is cut, crushed, or chewed. For example, fresh broccoli contains a harmless substance called glucosinolate, which turns into a thiocyanate called sulforaphane when the vegetable is damaged (see my broccoli post for more information). 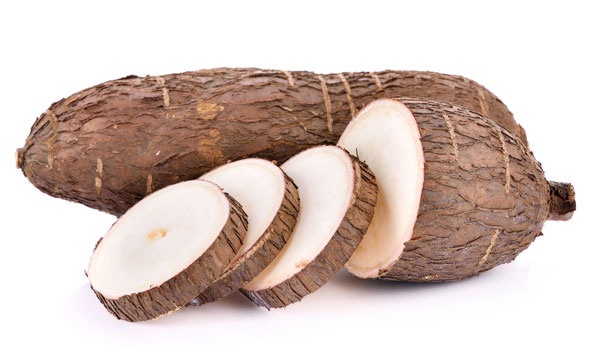 *Cassava bears special mention here. You may have heard of it because it is the starchy root vegetable from which tapioca is made, but cassava is also a popular staple food in many Third World countries, where it is eaten boiled, mashed, or ground into flour. Fresh cassava root contains a harmless substance called linamarin, which can turn into hydrocyanic acid (aka cyanide!) when the plant is damaged or eaten. Flaxseeds also contain linamarin. Cyanide is very toxic, so the human body converts it into thiocyanate (which, although it does interfere with thyroid function, is less toxic than cyanide and easier for the body to eliminate).

Thiocyanates easily cross the placenta and can cause thyroid dysfunction in newborns, especially if the infant is not getting enough iodine. Cooking, soaking, and fermentation can reduce cyanide and thiocyanate levels in these foods. For more information about cyanide in foods, read this UN FAO fact sheet.

Flavonoids are a large family of related plant compounds—at least 3,000 different flavonoids have been discovered thus far—but we will concentrate on those that are especially risky when it comes to thyroid health. 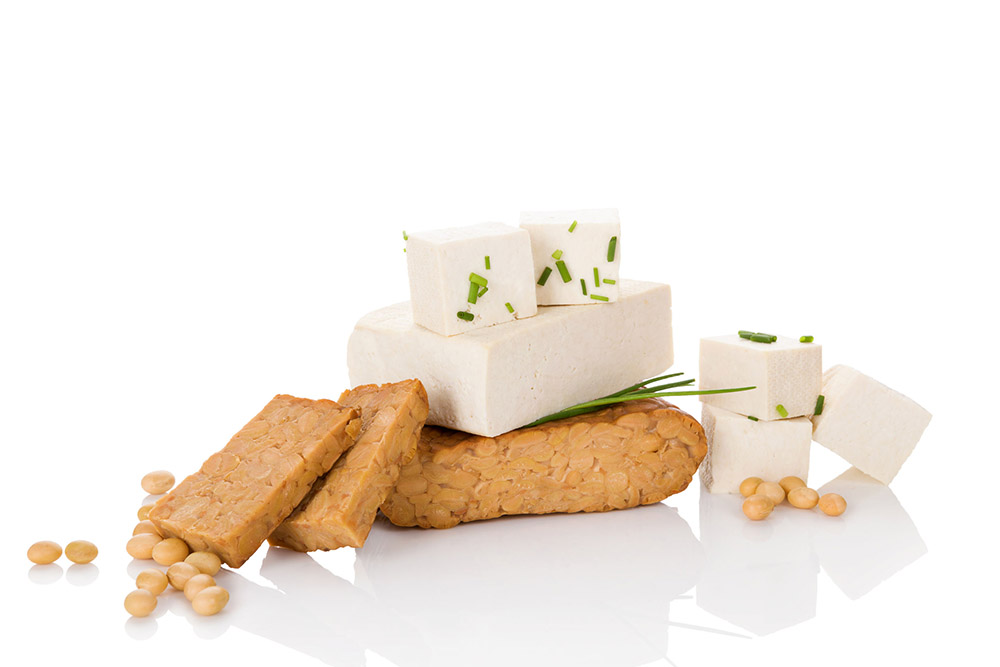 Soy flavonoids are perhaps better known as “soy isoflavones”, which we are usually told are good for us. Yet, “it is well described but little known that the soybean and goiter have long been associated in animals and humans.” [Doerge 2002]

Soy flavonoids reduce the activity of thyroid peroxidase, the enzyme required to insert iodine into thyroid hormone. There is strong clinical evidence demonstrating the anti-thyroid effects of soy products on infants, children, and adults.

“Infants fed soy formula are at higher risk for hypothyroidism and for later development of autoimmune thyroid diseases. In humans, goiter has been seen in infants fed soy formula; this is usually reversed by changing to cow milk or iodine-supplemented diets. After the 1960s, manufacturers reportedly began adding iodine to formulas to mitigate thyroid effects.” [Doerge 2002]

In adults, the recommendations are stated more softly, perhaps because of the widespread belief that soy is good for us, or because some people prefer to eat soy instead of meat:

“Some evidence suggests that soy foods, by inhibiting absorption, may increase the dose of thyroid hormone required by hypothyroid patients. However, hypothyroid adults need not avoid soy foods. In addition, there remains a theoretical concern based on in vitro and animal data that in individuals with compromised thyroid function and/or whose iodine intake is marginal, soy foods may increase risk of developing clinical hypothyroidism. Therefore, it is important for soy food consumers to make sure their intake of iodine is adequate.” [Messina 2006]

Note that the recommendation for adults is to increase iodine intake rather than to decrease soy intake. But take a look at this interesting clinical study [Sathyaplan 2011]:

In my experience, most people are unaware of the connection between soy and thyroid problems. If a study like this had been about an ingredient in red meat, you can bet you’d see a giant headline in the New York Times trumpeting that red meat causes thyroid disease, and everyone would be talking about it . . .

Cooking does not destroy the goitrogenic activity of soy isoflavones. 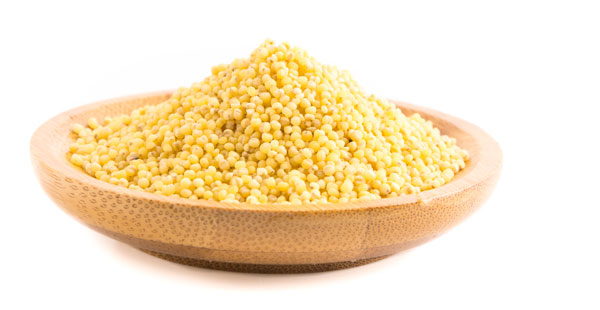 Millet is most familiar to us in the developed world as birdseed, but it is also a common staple grain eaten by people in developing countries, because it grows well in hot places with poor quality soil.

In the Darfur Province of western Sudan, goiter in schoolchildren is closely linked to millet consumption:

“Goiter is more prevalent in rural villages of the Darfur Province in Sudan, where as much as 74% of dietary energy is derived from millet, than in an urban area, where millet provides only 37% of calories, even though the degree of iodine deficiency is similar in the two areas.” [Gaitan 1990]

Other foods containing apigenin include:

Just as with soy, cooking does not destroy millet flavonoids.

Kaempferol is found in significant amounts in tea, capers, grapefruit, and endive. Kaempferol is closely related to quercetin and even more easily absorbed.

Boiling destroys up to 30% of the quercetin, kaempferol and rutin in food.

Can you eat too much iodine?

Yes. The safe upper limit of iodine intake is considered to be 1,100 micrograms (1.1 mg) per day. Since 1 teaspoon of iodized salt contains 284 micrograms of iodine, if you eat 4 teaspoons of iodized salt in a day, you have already exceeded the safe amount.

Strange as it may seem, hypothyroidism can be caused both by too much iodine and by too little iodine. Excess iodine interferes with the release of thyroid hormone into the bloodstream and can cause goiter and hypothyroidism. 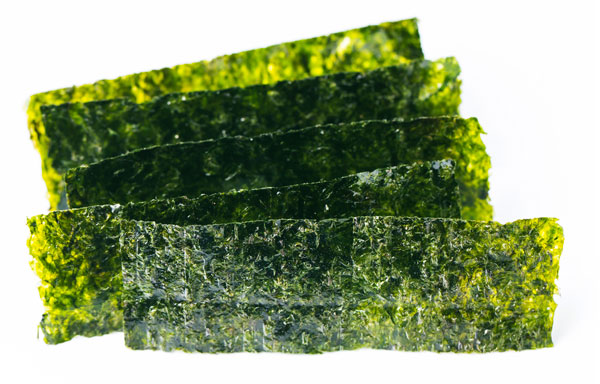 The foods most commonly associated with excess iodine are seaweed and iodized salt. A single gram (0.035 ounce) of seaweed can contain anywhere between 16 and 2,984 micrograms of iodine!

In addition to containing high amounts of iodine, seaweeds in the Laminaria family (kelp family) contain phloroglucinol and other polyhydroxyphenols, which are potent anti-thyroid compounds themselves.

Fruzza AG et al. Unawareness of the effects of soy intake on the management of congenital hypothyroidism. Pediatrics. 2012;130:e699–e702.